How to Alleviate the Stress of Planning Hybrid Events

EventMasters Interview with Will Curran

In Episode 11 of EventMASTERS, we sat down with Will Curran to talk about the future of hybrid events, the progress made in the industry and how he thinks about them differently. Will shares his insights and a few interesting tips, which we’ve recapped here.

We are looking forward to hearing more from Will as a speaker at EventNEXT on June 4th.

How do you relieve clients who are overwhelmed with organizing hybrid events?

WILL: I feel it all the time from our clients – and that's very much our mission. It's our mission is to create the equation, the idea of taking all these complicated tasks and simplifying them into something simple that you can have a great solution for.

This idea of like flattening the stress curve is huge. And I hear it all the time, so I agree a hundred percent that it's complicated.

But I think the best thing you can do to be able to alleviate that stress, is the perception that no longer can a single event planner can put on an event. Right? We all know about the conference planner who is in charge of everything. But what people don't realize is that never does just one person plan an event. It took a village; it took a team to pull this off.

“You cannot expect one person to do it all”

And I think it's the same way when it comes to hybrid events is that you cannot expect yourself to be able to put on an entire event. 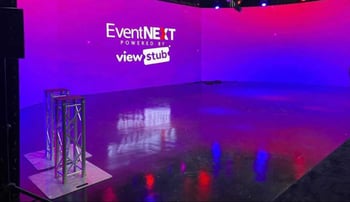 You have to build out this vision like a dream team of people to come together. So, it's not all falling on one single person's plate. And I know that's really kind of an easy answer - just build out a team for it.

DYLAN: Well, building a team is hard and a lot of people would say, “I don't have the team, I don't have the money. I don't have the budget.” He just told me I need six new employees or staff on the team. And they're thinking it's some convoluted over complicated thing. So, what would you say to that?

WILL: I think there's a couple of different routes that you can kind of go down. Let's go with the easiest route. You can hire a company that does all this stuff. That's something that my company does. So that's my little mini self-plug I'll put in there, but that's the easy answer, right? Write a check to one person. They take care of everything.

The next thing is that you can start to bring together, kind of like your dream team of contractors and different companies to be able to do this. The most important thing when it comes to that is you need a way for them to all interface really well together.

For example, when a client says “we have an in-person AV company. They're just going to take care of everything for our hybrid event.” And I’ll go, well you know, there's like this whole virtual element that they are going have to worry about too. And all these additional elements, how are they going to work together? And I think a lot of people don't think about it. That combined effort of contractors and things like that. If they've worked together on previous projects, or they referred them to me, it might be a little bit easier.

And then I think like a little bit of the harder route is that, you start to move things in what I call in-house, right. Hiring more employees or hiring a contractor. A technical director who's going to oversee the live stream and hire maybe another company to do the labor and the equipment and things like that.

So, you have these ways that you can layer in and start to make these investments as they come in. You don't have to necessarily hire a full-time W2 employee who's a fixed cost towards your entire event. You can hire individuals who specialize in these different things.

“Start small…
All the best events in the world that are huge - did not start by being huge.”

If you are starting out small, when it comes to your events, let's say for example, it's a 100-person event and you have 75 people online, 25 people in person. You're not talking about running Dreamforce as a conference. We're not talking about going to that level of having video projection mapping. And, oh, and our event app is going to be the best one out there.

No, start small. Figure out little ways that you can make your way into that and grow. All the best events in the world that are huge - did not start by being huge.

Even if you look at one of my favorite conferences, which is the HubSpot inbound conference. Look at early years of that conference and watch how it evolved into what it is now.

You can't try to go from zero to a hundred, because if you try to do it, you're going to burn out your budget, burn out your team. And the expectation is going to be really high.

However, if you are one of those people who like got a magic check from an investor who has a ton of money put in, that's where that first solution is available to you - companies will really help do this for you.

“Start the conversation (with dream vendors), because then you'll at least know
I can't afford you,
but now I know where my budget needs to be…”

Or maybe you talk about bringing multiple vendors together, but rely on doing it all on your own. And start just to have conversations with people. Even if you aren't sure, if you can hire a company that can do all this stuff. At least start the conversation, because then you'll at least know I can't afford you, but now I know where my budget needs to be. And I'll maybe talk to you in three, four years from now, and then boom, you have that vendor in your back pocket.

Or you can just get advice from them to say, what does it take to get to that level? And I think that's one of my favorite things to do. If I know that I can't afford a Tesla, it doesn't mean that I still don't like to watch YouTube videos about Tesla and things like that.

But I think that what we can't do is just say, I know, Teslas are too expensive. Maybe I can get one in four years and just ignore it until then.

Instead. I think embrace the vendor that you're looking at working with, I'm talking about a car, but hopefully it's a helpful analogy to at least start the conversation.

DYLAN: No, that's, that's amazing. I'm with you 100%, a lot of folks maybe don't have the resources now, but I also tell people start simple for your first event if you don't have money. Chances are, you're not throwing a massive event anyway.

You can start at hybrid 1.0 and just live stream it. And we have webcams and cameras and all of this, the technology has risen up to where you could shoot a decent event with like a lavalier mic and an iPad. And it looks good at the end of the day. It's not obviously TV worthy, but like I always tell people start simple. And I'm with you a hundred percent rely on those sources.

I rely on my vendors. I'm a project manager. I put the right people in the place where they can do what they need to. So, I'm glad you touched on that because a lot of event organizers are going into this thinking, “Oh my God, I have to run two different events at one time.” 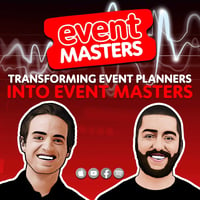 EventMASTERS is a live show and podcast dedicated to live events. Hosted by Patrick VanDusen co-founder of ViewStub, and live events expert Dylan Shinholser, the show takes aim at educating and connecting with event professionals on the ideas, tips, tricks and strategies to better plan, market, monetize and host live events. The goal is to take listeners on a journey from being event producers to event MASTERS. ViewStub is a virtual and hybrid event platform that makes it easy for event organizers to sell tickets to live events or sell access to pre-recorded sessions right from their website. ViewStub‘s all-in-one platform offers ticketing, registration, video streaming and new revenue opportunities for creators seeking to monetize their content and grow their community.

Virtual Event Formats – Match Your Format with Your Event Goals

Seemingly without warning, professional events, conferences and in-person meetings across the globe...

How to Make Money by Streaming Events Online – 7 Easy Ways

It is no surprise that many industries have taken a financial hit since the start of the pandemic....

The Future of Hybrid Events in 2021